Characters: The Inspiration of Attraction 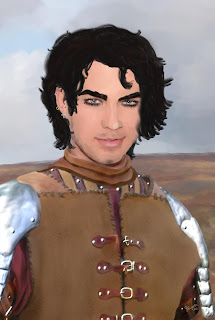 Years ago, I read an interview with Mark Twain in which he discussed his characters. Perhaps it is accurate to say that, in American literature at least, few writers have drawn more memorable characters than Mark Twain did. I was just a young, green writer at that time, and I was interested to read that he had based Tom Sawyer on a real person that he knew - a friend from his own childhood. The character of Huckleberry Finn, on the other hand, was based upon three characters merged.

In my young writer's head, I had assumed that every character was made up, from out of the thin air of one's imagination. This seemed the only pure way to go about it - to do otherwise was taking a shortcut, cheating somehow. And to admit that a character was some sort of muddy hodgepodge of three people, why that was blasphemous!

Now, years later, my mind has opened with experience. Perhaps real persons truly fascinate me now - far more than a creation made solely of my own limited imagination could do. I suppose every writer has a different method and finds a technique that works best for him or her personally - but for me, I have learned what is to me the most interesting and exciting way to build a character from the ground up.

The artwork in the illustration to this article comes from artist Rowan Lewgalon. It was a surprise Christmas gift to me. It is based upon a character I write for an ongoing project in which I am involved - a sort of medieval story (11th century) where each writer has developed a character and adds chapter installments in turn. My character is a young Welshman/Breton Celt.  Braith ap Derfael was born of many years of interest in the Celtic culture of the early medieval period. What a joy it was to incorporate those interesting details about live in that place - which I learned almost thirty years ago now - into a story setting. Once I had pulled all those details together, I knew who Braith was - his history, his heritage, what his eyes saw, what his mind worked on, how his heart felt.

But that was only a shell of a character: I needed to know, in order to describe him and help the reader see him, other kinds of details. I needed a clear picture in my own mind of Braith as he moved through the streets of early London. I needed to see him move, his facial expressions, hear his voice, predict his physicality. I find personally that the way to draw a strong physical sense of character is to base it upon real people - if I can visualize in my mind someone I have observed closely, that clear image seeps into my work, draws the reader closer, and makes the character a stronger experience for the reader.  And here is the key: the only way I can know so many details about the physical essence of a character, is to have based it upon someone with whom I was enamoured.

Now I don't mean enamoured in the romantic sense. I mean enamoured in the sense that the person fascinates me. It's so much more than cerebral: there are some people who move us deeply, who we feel some knowledge of instinctively, before we really do know them.  Our experience of their presence in the world changes us, and we can't look away.  They may be someone who is truly a friend; they may be a family member; they may be a teacher or mentor; they may be a person whom we have encountered in the course of life who seemed troubled and lost, but held some magical, mesmerizing quality all the same; they may be an entertainer or other public personality.

In my own life, I am particularly drawn to two things:  people who are creative and innovative in their lives and mode of thinking, and people who are strong-willed in some sense.  Not coincidentally, my main characters have these traits as well. It is logical, fascinating, inspiring and lucrative for me to take the personalities I admire in real life and transfer them to my writing.  I'm not saying, however, that I think of someone I like and simply write them as a character, trait for trait. Not at all. Rather, I use the physical essence of a specific person from real life, and then write a character around that.

Look closely at Braith: those who know me recognize a certain entertainer. Rowan did not do this by accident: although Braith has little in common with a modern-day musical artist, she recognized small elements in my descriptions of Braith's looks, movements, speech pattern, etc. that suggested a specific person.  She was correct: keeping this person in my mind's eye made drawing a physical image of Braith very easy.

In my novel Gentlemen's Game, the character of Greyson - both physically and in terms of speech pattern and movement - is based upon a character from a television series I follow closely. I believe I borrow his looks from the actor, and his demeanor more from the character he plays (the character being very different from the actor's normal demeanor). In that sense, Greyson is a combination of two people. Other details - his profession, carelessly fashionable dress, past history - came from my imagination.  Thus, Greyson is uniquely mine, but because I was able to visualize a real person as I describe him, he rings truer in the reader's mind. I am able to present a picture in sharper focus to the reader.

The character of Jack in the same book is a little tougher. I saw Jack in my mind's eye physically, and he was also based upon someone I knew, but he was a much younger version. Still, having a real person set in my mind allowed me to write a better Jack.

For my story Quandary - upon which an upcoming novel is based, many readers are struck by the young character of Ryf. This character was a mix that was fascinating to me: he was a combination of another entertainer physically, with exaggerated edginess, and also a little of a teenager I know thrown into the mix. When I combined these two real people with elements of my own experience and imagination, I came up with an extremely unique character - nearly eccentric, and thus memorable - and once again I was able to paint a very sharp image of him physically for the reader.

Now, I look back on Mark Twain's words, and in the garish light of age, I understand I think what his technique must have been. He took people he knew, added and mixed, and came up with unforgettable characters because he was able to recall, visualize, and relate to the reader a very specific phyical presence for his characters - based upon looks, mode of dress, speech pattern, gestures and expressions - all the details that make a person fascinating.

Next time you're feeling that you can't see a character clearly - pull that list from your mind of the people you are most strongly drawn to in life. Visualize those individuals who hold your gaze and attention - whether for positive or negative reasons - those people for whom the details of their essence are etched in your mind. Use the clarity of that vision, along with your imaginings, in your description to paint a picture for your reader that will render a character truly one of a kind - unforgettable!

Posted by LichenCraig at 1:53 AM